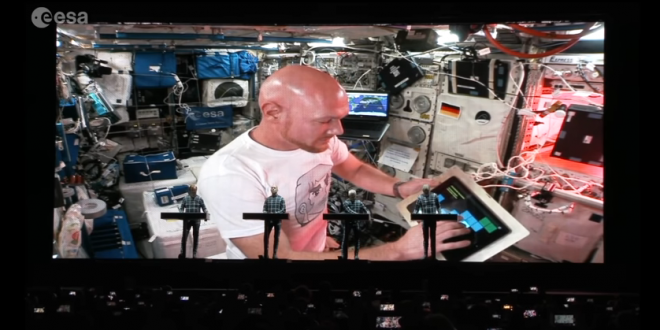 Kraftwerk fans are used to hearing otherworldly tunes, but the German electronic music pioneers took it to another level at a gig in Stuttgart.

Using a tablet computer with a virtual synthesizer, Gerst played a duet of Kraftwerk’s 1978 song “Spacelab” with the band Friday night to cheers from the audience.

RELATED: You may recall the now-classic rendition of David Bowie’s Space Oddity delivered from the ISS by Canadian astronaut Chris Hadfield.