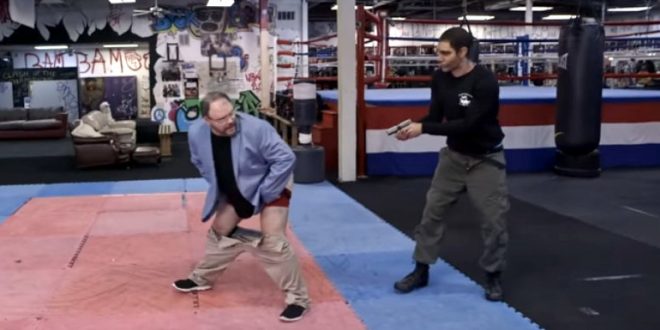 The Georgia lawmaker who exposed himself and yelled racial slurs during an episode of Sacha Baron Cohen’s Showtime series is resigning his seat in the state Legislature, according to House Speaker David Ralston’s office.

State Rep. Jason Spencer faced increasing pressure to step down shortly after the episode of “Who is America?” aired Sunday night, and some politicians were urging a special session to oust him if he refused. He will step down at the end of the month, Ralston spokesman Kaleb McMichen said late Tuesday.

Spencer apologized for the “ridiculously ugly episode,” but initially refused to resign. Although he lost the GOP primary in May, he could have remained in public office through the November general election.