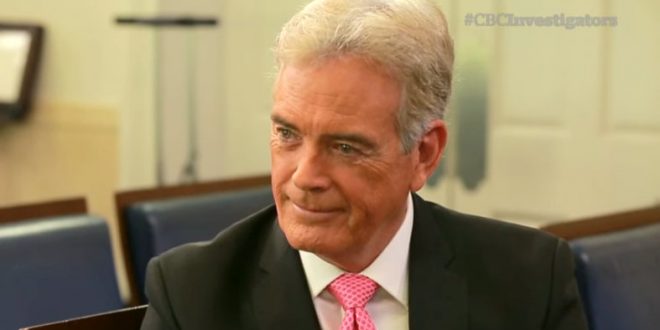 Fox News correspondent John Roberts came under fire on Friday after declining to come to the aid of his fellow reporter Jim Acosta after Trump lambasted the journalist and CNN as “fake news.”

During his joint press conference with British Prime Minister Theresa May, Trump made it clear that he would not take any questions from his CNN nemesis, because he didn’t take questions from “fake news.”

“No, No, CNN is fake news. I don’t take questions from CNN,” said Trump. “John Roberts from Fox,” he continued. “Let’s go to a real network.” Roberts did not stand up for his fourth estate colleague and instead used the opportunity to casually move into his own question.

After tweets from fellow journalists such as the ones seen below, Roberts issued a statement:

“In today’s press conference, I paused while my colleague from CNN went back and forth with President Trump over a question. When it became clear that the president wasn’t going to entertain a question from him, I proceeded with my question, as did my fellow colleagues in the press corps. I also used to work at CNN. There are some fine journalists who work there and risk their lives to report on stories around the world. To issue a blanket condemnation of the network as ‘fake news’ is also unfair.”

Old enough to remember when other networks came to the defense of Fox News WH correspondents during the Obama years. Such did not happen here.

Lesson for the kids out there: no one should ever try to do the right thing with the expectation it will ever be reciprocated. https://t.co/Ym7E94k2Wz

That Fox doesn’t push back on this, and shows no sign of discomfort at being treated as the president’s pet network, tells you all you need to know https://t.co/aiua2w0zMI

John Roberts of Fox is an asshole for taking the mike off a Trump attack on a free press. He should have declined