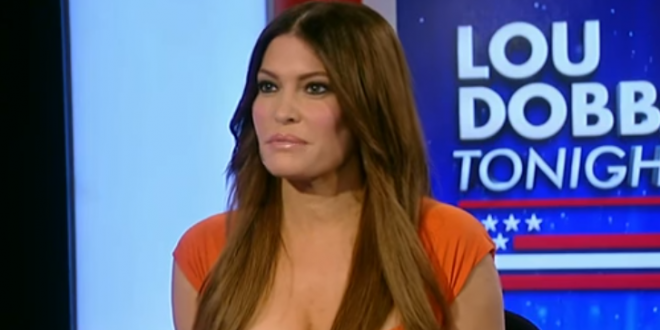 Fox News Host Kimberly Guilfoyle: Some Journalists Need A “Beatdown” And I’m Happy To Give It To Them

“Who are these jokers? You see them on television, and they have a blog, and everyone thinks they’re a journalist, and they’re a joke. They’re provocateurs. They have no substance and no meat, let alone any intellect. It’s unbelievable in this day and age anyone calls themselves a journalist because they can post something on the Internet. I just take issue with people who are complete liars and smear merchants and say things that are not true, and they know that they’re not true, and some of these people need to get a beatdown, and I’m happy to give it to them.” – Fox News host and Junior’s current mistress Kimberly Guilfoyle, speaking yesterday on Breitbart’s SiriusXM show.

Kimberly Guilfoyle: ‘I’m Happy to Give’ a ‘Beatdown’ to ‘Complete Liars and Smear Merchants’ in the Media ⁦@kimguilfoyle⁩ https://t.co/jbqFdAXOFE

Previous MAINE: GOP Governor Vetoes Ex-Gay Torture Ban
Next Giuliani: Mueller Needs To Prove Trump Committed A Crime Before He Will Agree To Be Interviewed