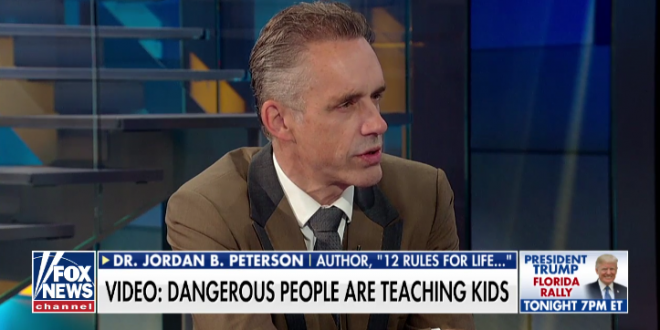 “Increasingly, and this is not only the case of universities, people are being taught by ideologues, not by educators. And ideologues have a very simple way of looking at the world. They reduce it to a few principles like inequality and unfairness and power. Those would be the fundamental principles at the moment that are operating on the radical left, and they’re on an ideological campaign and that’s increasingly the case in elementary, junior high, and high schools as well.

“Mostly because the faculties of education are full of people who are radical. And this is well-documented.” – Right wing University of Toronto professor Jordan Peterson, promoting his book today on Fox & Friends. Peterson is mostly known in Canada as an anti-trans activist.