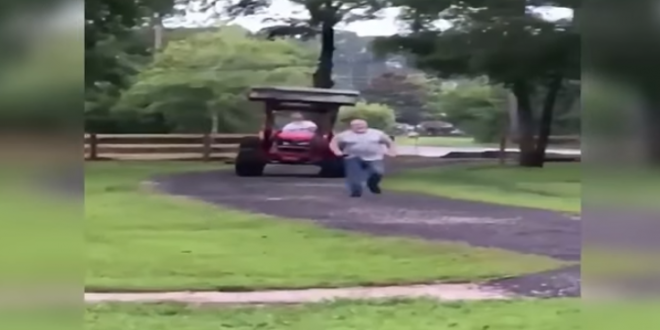 We haven’t had a Florida Man story in awhile.

Morris, 72, was booked into the St. Johns County jail on a charge of aggravated assault with a deadly weapon without intent to kill, a third-degree felony. Scott Lynch, 53, told deputies a dispute escalated when Morris climbed onto his tractor, drove onto Lynch’s property and chased him down his driveway, yelling, “Run, fat ass!”

But wait, we have another one:

A Florida man stopped for drunk driving denies he was actually drinking while driving, claiming he only drank while he was stopped at traffic signals and stop signs. Earle Gustavas Stevens of Vero Beach was approached on June 27 by a police officer after a woman called 911 saying he had hit her bumper numerous times while waiting in a McDonald’s drive-thru lane. Stevens was arrested and charged with drunk driving and driving without a license.

Previous Trump To Hit China With $200B In Additional Tariffs
Next Lawyer: Cohen Has Declared Independence From Trump