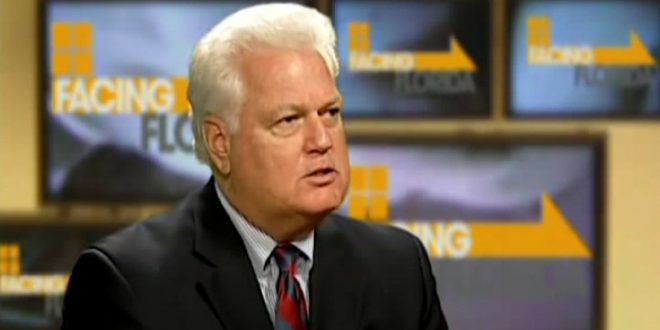 Calling it a “lopsided” burden on college students, a federal judge today told Florida that college and university campuses can be used as early voting sites in this year’s elections. In a scathing ruling, U.S. District Judge Mark Walker called the ban put in place by Secretary of State Ken Detzner [photo above] unconstitutional. He said it appeared to be done to stop younger voters from casting ballots.

Detzner in 2014 told officials in Gainesville that they could not use the University of Florida student union as an early voting location. He argued the early voting law did not allow college buildings to be used even though campus buildings were not explicitly prohibited in the law. The state allows voting on college campuses on Election Day.

“Throwing up roadblocks in front of younger voters does not remotely serve the public interest,” wrote Walker, who was appointed to the federal bench by President Barack Obama. “Abridging voter rights never does.”

Detzner, a former beer industry lobbyist, was appointed by Gov. Rick Scott. In 2012 Obama’s Department of Justice ordered him to cease purging voter rolls of people he claimed were possible non-citizens.