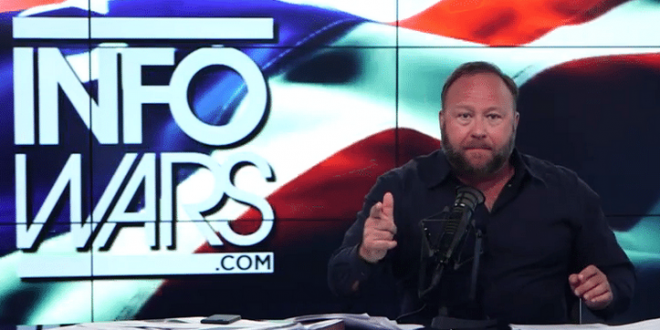 With his latest accusations of pedophilia, Alex Jones and Infowars continue to test the limits of Facebook’s rules. And Facebook continues to allow it. On his Monday afternoon show, Jones issued a prolonged rant against special counsel Robert Mueller, accusing him of raping children and overseeing their rape, and then pantomiming shooting the former FBI director. The show was streamed live on Jones’ personal, verified Facebook page, which has nearly 1.7 million likes.

In the clip, Jones baselessly accused Mueller of having sex with children. “They’d let Mueller rape kids in front of people, which he did,” he said on the show. Following the pedophilia accusations, Jones then pantomimed shooting Mueller “politically, at high noon” in an Old West–style shootout. “Make the move first, and then it’s going to happen. It’s not a joke. It’s not a game. It’s the real world. Politically. You’re going to get it, or I’m going to die trying, bitch. Get ready.”

As the clip of Jones went viral Monday evening, multiple observers flagged it as a threat of violence, which would be a violation of Facebook’s rules. But on Tuesday morning, a Facebook spokesperson told BuzzFeed News that Jones’ comments do not violate the company’s community standards as they are not a credible statement of intent to commit violence.

Earlier this month a spokesman for Facebook declared that Alex Jones just has “different point of view” and that his long history of spreading fake news doesn’t warrant removal from their platform.