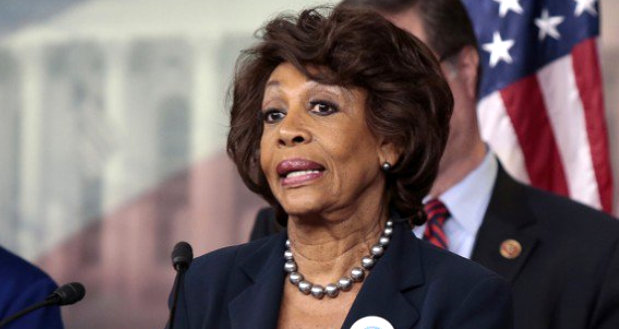 A group of far-right protesters who planned to demonstrate outside Rep. Maxine Waters district office in South Los Angeles on Thursday afternoon failed to show up, but dozens of counter protesters did.  The Oath Keepers, a far-right anti-government group that purports to have many veterans as members, said they would protest outside the Los Angeles Democrat’s office on Thursday afternoon. Waters, who is one of President Trump’s most outspoken critics, angered the group and others by calling on the public to “push back” on administration officials they spot in public.

The Oathkeepers are not coming, according to Sgt Childress. (Center of photo). He declined to give his full name but said he learned from his captain about ten minutes ago that it had been agreed they wouldn’t be coming. pic.twitter.com/c69DHTILzH

Previous REPORT: Putin Privately Pitched Ukraine Plan To Trump
Next Bannon: The Biggest Threat To Trump Would Be Oprah