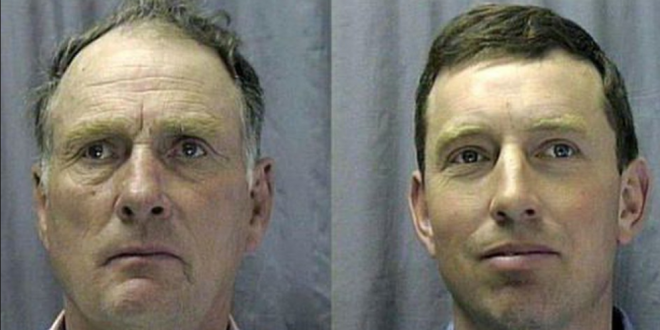 A day ago, ranchers Dwight and Steven Hammond were prisoners at the minimum-security federal prison on Terminal Island in San Pedro, serving five-year sentences for arson. But on Wednesday, following a Tuesday pardon by President Trump, the father-and-son pair got to fly home in style to Burns, Ore., on an oil company’s private jet, riding alongside the company’s founder, Forrest Lucas.

Lucas is a generous donor to Republican candidates, including to fellow Indiana native Vice President Mike Pence, who received at least $50,000 from Lucas and his wife when Pence was running for governor of Indiana. Lucas also gave Pence two tickets worth $774 to attend a Colts game in 2017 that Pence abruptly left after players on the opposing team kneeled during the national anthem.

Lucas was also rumored to be a top choice to become interior secretary by Trump’s transition team, which was led by Pence. In the political world, Lucas is also known for his battles against animal-rights advocates, founding the Protect the Harvest activist group.