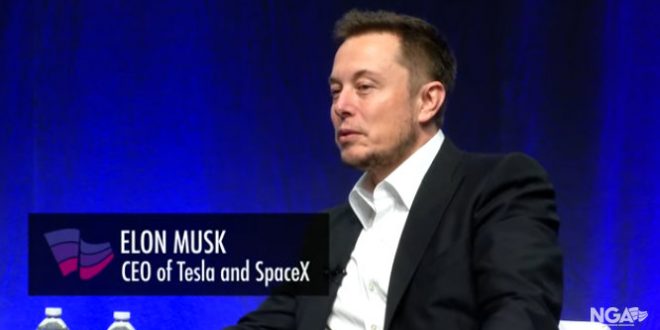 Elon Musk has called a British diver who helped rescue schoolboys from a flooded cave in Thailand ‘pedo guy’ on Twitter. The entrepreneur’s outburst came after diver Vern Unsworth told Mr Musk to “stick his submarine where it hurts” after describing his offer to help with a miniature submersible as a “PR stunt”. Mr Musk travelled to the Tham Luang caverns in Chiang Rai this week and presented the six-foot submarine – which he said could help free 12 schoolboys stranded for weeks inside the cave.

But Mr Unsworth, who was instrumental in rescuing the school football team, said the vessel the SpaceX boss invented “had absolutely no chance of working” because the inventor “had no conception of what the cave passage was like”. In response to criticism from the diver, Mr Musk defended his invention through a series of tweets before adding: “Sorry pedo guy, you really did ask for it.”

And a very related story:

Tesla and SpaceX CEO Elon Musk was one of the top 50 donors last quarter to a PAC aimed at maintaining Republican control of the House, new federal filings show. The Federal Election Commission filings released this week show that Musk donated a total of $38,900 to the PAC Protect The House. Other high-profile donors who gave to the PAC include Microsoft co-founder Paul Allen, who gave $100,000, and Houston Texans owner Bob McNair, who gave $371,500.

Never saw this British expat guy who lives in Thailand (sus) at any point when we were in the caves. Only people in sight were the Thai navy/army guys, who were great. Thai navy seals escorted us in — total opposite of wanting us to leave.

Water level was actually very low & still (not flowing) — you could literally have swum to Cave 5 with no gear, which is obv how the kids got in. If not true, then I challenge this dude to show final rescue video. Huge credit to pump & generator team. Unsung heroes here.

You know what, don’t bother showing the video. We will make one of the mini-sub/pod going all the way to Cave 5 no problemo. Sorry pedo guy, you really did ask for it.

Previous Trump: Putin Could Give Me The City Of Moscow And “Enemy Of The People” Media Would Still Criticize Me
Next France Defeats Croatia 4-2 In World Cup Final