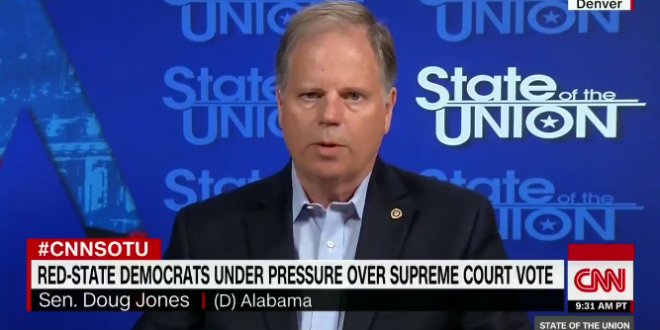 “I’m open to voting yes. I’m open to voting no. We don’t know who the nominee is going to be yet,” Jones told CNN’s Dana Bash on “State of the Union. “I don’t think my role is to rubber stamp for the President, but it’s also not an automatic knee-jerk no, either.”

As a Democrat in a red state, Jones faces more pressure to support the President than other Democrats in the Senate already opposing Trump’s potential nominee.