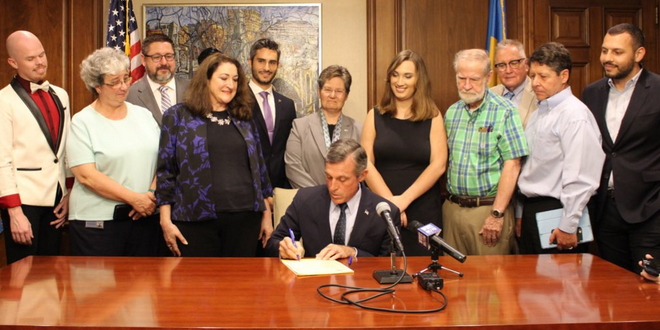 Licensed mental health professionals in Delaware are now prohibited from practicing conversion therapy on minors, thanks to a new law signed by Gov. John Carney Monday. Conversion or reparative therapy attempts to change the sexual orientation or gender identity of LGBTQ people.

Delaware is the 15th state plus Washington D.C. to ban the practice, according to Lisa Goodman, president of Equality Delaware. The new law makes the practice unprofessional conduct for licensed medical and mental health professionals in the state—and grounds for discipline.

The law also specifically prevents the Department of Services for Children, Youth and Their Families from recommending conversion therapy.

Delaware just became the 15th state to ban gay “conversion therapy” — a discredited practice that claims to alter a person’s sexual orientation and is linked to depression and suicide.

Here are the other states that ban it: pic.twitter.com/6CJMtVxSB7

All Delawareans, including Delaware children, deserve to be respected for who they are, and I was proud to sign Senate Bill 65 into law today.

Discredited practices like conversion therapy have no place in Delaware. pic.twitter.com/ljacguEZfd