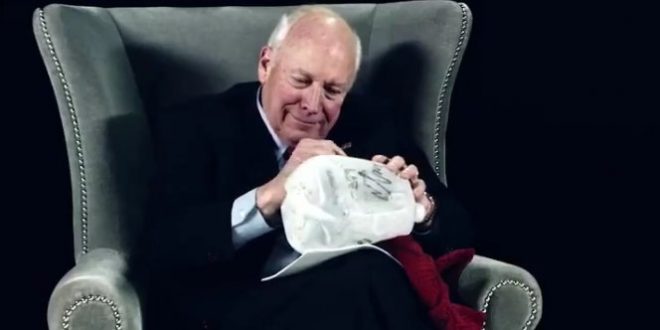 Well, in case you were wondering if Sacha Baron Cohen’s still got it, the comedian’s new Trump-skewering Showtime series, which appears to be titled Who Is America?, just dropped a new promo in which his (still as-yet unseen) journalist character asks former vice-president Dick Cheney to sign a waterboarding kit, which Cheney does with a smile. Now why, in this year of our Lord, in this time in American politics, after more than two decades of faux political comedy shows humiliating their interviewees, would Dick Cheney agree to jokingly sign a waterboard kit in front of a television camera?