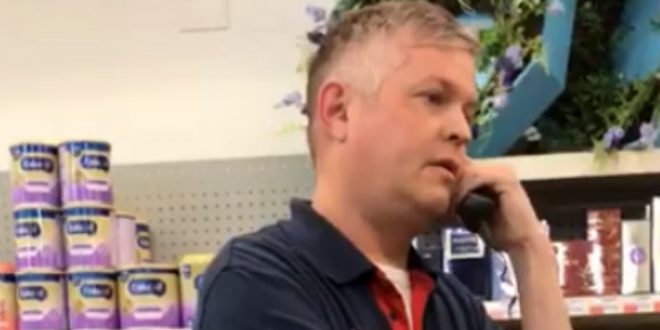 The white CVS manager who called the police on a black woman trying to use a coupon at an Edgewater store Friday night has been fired by the company, a CVS Health spokesman told Block Club Chicago Monday morning.

“We have completed our investigation, and as a result the two colleagues who were involved are no longer employed by CVS Health,” Michael DeAngelis said in a statement. Another manager at the store involved in the incident was also let go.

One of the managers involved, Morry Matson, earlier claimed to be running for alderman of the 48th Ward on Chicago’s Far North Side, however just days after Block Club Chicago first reported on the incident, his campaign website had been taken down.

Log Cabin Republicans Chapter Leaders have a duty to conduct themselves in a manner becoming of an organization advocating equality and inclusion of all Americans — whether or not they are acting in an official capacity on behalf of LCR or otherwise. As news articles highlighting Mr. Matson’s actions from this past weekend show, not doing so can have detrimental consequences not only for individual Chapters, but for the national organization as a whole. As such, the provisional charter afforded to LCR Illinois under its newly reconstituted leadership has been terminated.

My original post on the incident is here. Matson has claimed to have been a Trump delegate at the 2016 GOP convention, but his name does not appear on the list of Illinois delegates. He also has a history of forging signatures on petitions.

Previous House Speaker Paul Ryan Issues Flaccid Rebuke: The President Must Appreciate That Russia’s Not Our Ally
Next Star Parker: The “B” In LGBTQ Is For Bestiality [AUDIO]