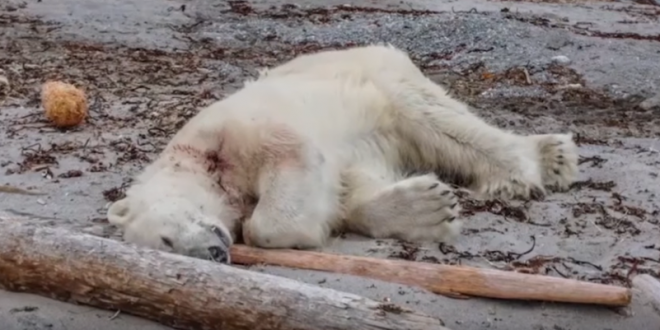 A polar bear that injured a cruise ship guard on an Arctic archipelago was shot dead by another of the ship’s workers, Norwegian authorities said. The incident Saturday sparked criticism that tourists intruded in the wilderness and then killed one of the reasons they were there.

The attack occurred when tourists from the MS Bremen cruise ship landed on the most-northern island of Svalbard archipelago, according to Joint Rescue Coordination for Northern Norway. The remote region is known for glaciers, reindeer and polar bears.

Moritz Krause, a spokesman for Hapag-Lloyd Cruises, the German operator of the cruise expedition, said on Sunday by phone that “we completely regret what happened” to the bear but that the cruise ship employee had acted in self-defense.

The guard who was attacked, he said, had suffered head injuries but was now responsive and in “stable condition.” No tourists had disembarked, Mr. Krause said, but four armed guards got off the vessel to inspect and secure the shore. The guards “are armed for safety reasons,” he added. “There are polar bears out there.”

“Let’s get too close to a polar bear in its natural environment and then kill it if it gets too close”. Morons. https://t.co/FEPt0sYOtF