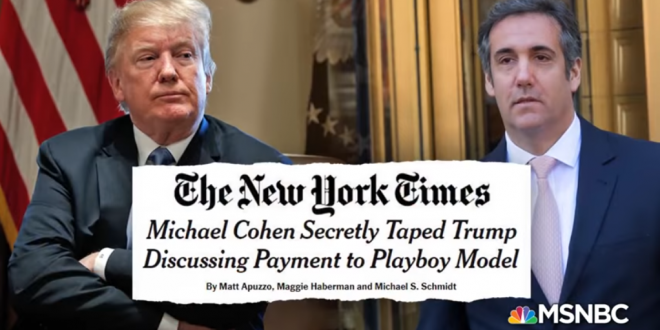 At least 12 audio files have been handed to the US government as part of the cache of material seized from Donald Trump’s personal lawyer Michael Cohen, according to a new court filing. It emerged last week that Cohen had taped a phone call with Trump in which they discussed a possible payout in connection with a former Playboy model who has alleged an affair with Trump. The court filing from the special master Barbara S Jones in the matter of the search warrants executed in April reveals that parties in the case dropped any claim of legal privilege over “12 audio items that were under consideration by the Special Master”. It is not known whether Trump is featured on the recordings, which were released to the government last Friday.