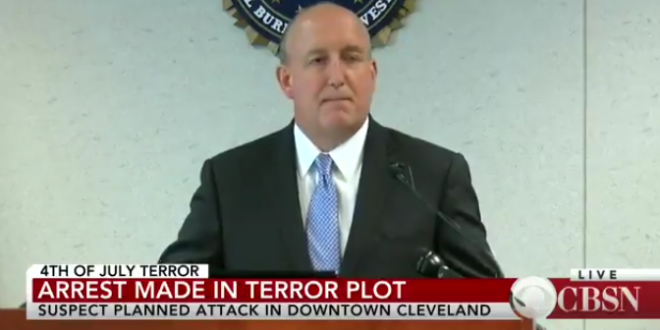 Demetrius Pitts faces a charge of attempted material support of a foreign terrorist organization, according to federal authorities in Cleveland. Officials said Pitts was walking around Cleveland last week conducting reconnaissance on where to park a van packed with explosives during the July 4 parade. The investigation into Pitts was started in 2017 by the Cincinnati office of the FBI, according to the Steven Anthony, Special Agent in charge of the Cleveland FBI office. Pitts moved to the Cleveland area in May, Anthony said.

Previous Tony Perkins: Trump Should Say “Game On” To The Left And Pick An Anti-Abortion Hardliner For SCOTUS
Next Top GOP Donor Ends Payoffs To Playboy Mistress