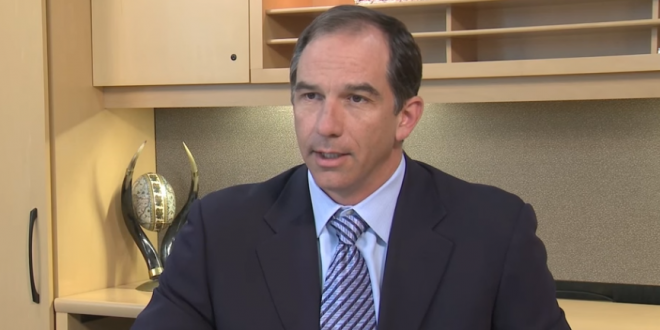 Some of the biggest winners from President Donald Trump’s new tax law are corporate executives who have reaped gains as their companies buy back a record amount of stock, a practice that rewards shareholders by boosting the value of existing shares. A POLITICO review of data disclosed in SEC filings shows the executives, who often receive most of their compensation in stock, have been profiting handsomely by selling shares since Trump signed the law on Dec. 22 and slashed corporate tax rates to 21 percent. That trend is likely to increase as Wall Street analysts expect buyback activity to accelerate in the coming weeks.

Since the tax cuts were enacted, Oracle Corp. CEO Safra Catz sold $250 million worth of shares in her company — the largest executive payday this year. Product development head Thomas Kurian sold $85 million. The sales came after the company announced a $12 billion share repurchase. Mastercard CEO Ajay Banga sold $44.4 million of stock in May, the largest single cash-out by an executive of the company in at least 10 years, months after the company announced a $4 billion buyback of its own stock. Two days after Eastman Chemical announced it would purchase $2 billion of its own stock, CEO Mark Costa [photo] sold 55,000 shares for $5.4 million.

Hit the link for Politico‘s deep dive. As the article notes, the windfall for these CEOs is ready-made for Democratic midterm attack ads.