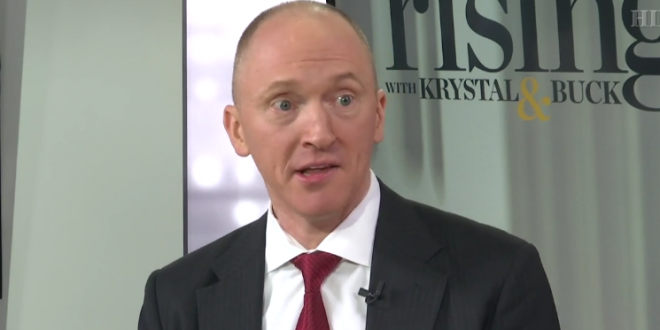 Carter Page: No Concern That FBI Has Dirt On Me

Former Trump campaign adviser Carter Page on Friday said he is not worried that federal investigators might find damaging information about him from the year he was under surveillance. I have absolutely no concern whatsoever,” Page told Krystal Ball on “Rising.”

Page did not rule out taking legal action against the federal government. When asked by co-host Buck Sexton if he would consider a civil rights claim against the U.S., Page said, “We’ll see.”

“My big battle with DOJ right now is getting them to repair the false pleadings that they’ve done in the Southern District of New York in this case that I have, where I was just asking for $1 of damages,” he said.