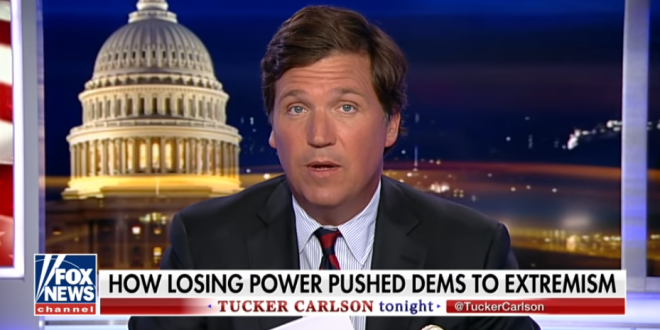 “Signs of growing extremism in this country on the left are everywhere. Just yesterday, a Congolese immigrant shut down the Statue of Liberty — our Statue of Liberty –, to protest the Trump administration’s immigration policies. The left applauded that. But take three steps, and think about what you are watching right here. Congo is a war-ravaged hellscape, a country noted for mass rape and cannibalism. Imagine escaping a country like that, and being welcomed in our country, the United States. You would be grateful, wouldn’t you? Many Congolese are grateful.

“This person is not grateful at all. She took over one of our monuments to scream about how racist we are, and progressives support her. They have gone insane. They’re going to tell you it’s about civil rights, or about some other principle that they pretend to care about, but they are lying. It’s about seizing power and holding it. That’s their only aim, they’re deadly serious about it. While you were grilling in the backyard last night, they were plotting, in effect, a coup.” – Tucker Carlson, on last night’s state TV show.