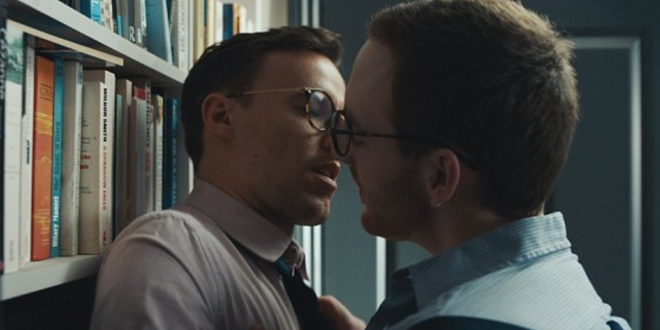 A new TV advert featuring four people at the point of orgasm has been given the all clear to be screened on mainstream television after the 9pm watershed. It shows real couples ripping off each other’s clothes as it builds to a climax featuring two men and two women as they enjoy an orgasm.

It was commissioned by online sex toy retailer Lovehoney as part of its Turn Up the Turn On campaign and will air on most of the non-terrestrial channels tonight, including Comedy Central and the ITV channels. Its launch has been timed to coincide with National Orgasm Day – a global celebration of sex.

Today, I am delighted to discover, is #NationalOrgasmDay https://t.co/dQT41Ped7v – it only comes once a year.

I turned to my wife and said, “You know today is national orgasm day.”

“Really?” she said, jumping out of her seat.

“Are we going upstairs?” I purred.

Someone just asked if I knew today is National Orgasm Day? – to which I said “Yes! Yes! Oh my God Yes!” #NationalOrgasmDay

The women laughing at your #NationalOrgasmDay jokes are faking it.