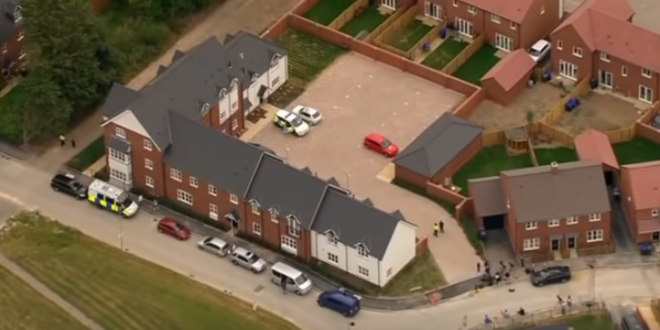 A man and woman found unconscious in Wiltshire were poisoned by Novichok, the same nerve agent as ex-Russian spy Sergei Skripal, police say. The couple, believed to be Charlie Rowley and Dawn Sturgess, are in a critical condition having been found unconscious at a house on Saturday.

Police say no one else has presented with the same symptoms. There was “nothing in their background” to suggest the pair were targeted, the Met Police said. As a precautionary measure, sites in Amesbury and Salisbury, believed to have been visited by the couple before they fell ill have been cordoned off.

Paramedics were called to their home which is barely eight miles from where former Russian spy Sergei Skripal and his daughter Yulia were attacked with a nerve agent in March, which Britain holds Russia responsible for.

The initial police view was that drugs caused Sturgess and Rowley’s severe illness. But that view started to change and in the early hours of Wednesday and a major incident was declared when health officials and police became alarmed at the couple’s symptoms and were unable to pinpoint the cause.

Tests were carried out by scientists at Porton Down, which is expert in spotting nerve agents. Scientists there concluded a nerve agent was responsible, the same type used to attack the Skripals.