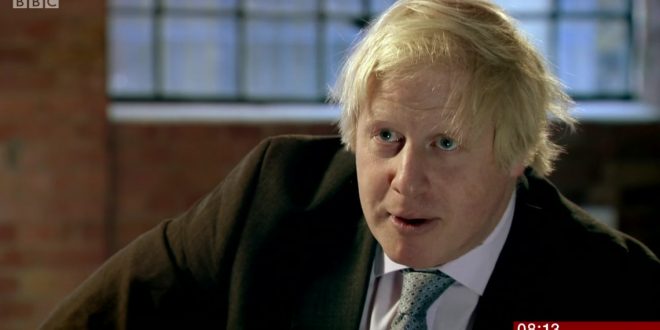 Boris Johnson has resigned as foreign secretary, becoming the third minister in 24 hours to walk out of the government rather than back Theresa May’s plans for a soft Brexit.

The prime minister hammered out a compromise with her deeply divided cabinet in an all-day meeting at Chequers on Friday, but after consulting friends and allies since, Johnson decided he could not promote the deal.

A Downing Street spokesman said: “This afternoon, the prime minister accepted the resignation of Boris Johnson as foreign secretary. His replacement will be announced shortly. The prime minister thanks Boris for his work.” After the Chequers summit, it emerged that Johnson had referred to attempts to sell the prime minister’s Brexit plan as ‘polishing a turd’.

Johnson was the face of the Brexit campaign. His exit sends a strong message to those who voted to leave the European Union in a 2016 referendum that their decision is being betrayed. It’s also just hours since Brexit Secretary David Davis quit as a protest against May’s efforts to keep Britain closely bound to the EU after the split, due in March.

Resignations traditionally unleash leadership challenges in the U.K. Davis’s prompted pro-Brexit lawmakers to demand May rip up her proposals, but they didn’t call for her to go. That’s partly because they can’t be sure they have the numbers needed to be sure of defeating her. But Johnson’s exit could embolden others.

JUST IN: Boris Johnson resigns as UK Foreign Secretary amid Brexit turmoil, in a major blow to Prime Minister Theresa May https://t.co/wsnAmVKagT pic.twitter.com/4ZwKdLFJPO