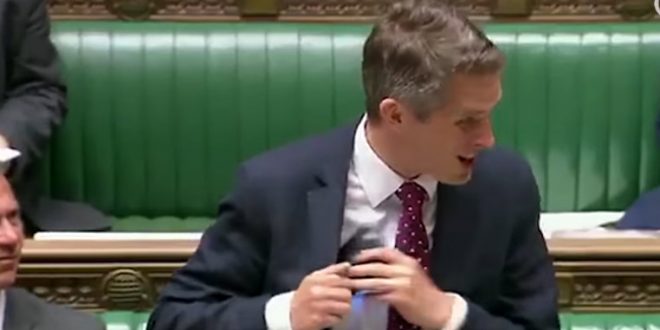 BRITAIN: Defense Secretary Has Speech Interrupted By iPhone Siri Because He Used The Word “Syria” [VIDEO]

For modern smartphone owners, it’s a common enough of an occurrence. You’re just sitting there, talking about whatever, when suddenly you say something that triggers the digital assistant on your phone. Now normally, you’d probably get annoyed for a second, tap a button to dismiss the interruption, and then continue with whatever you were doing.

But if you’re, say, the British Secretary of Defense who’s talking to Parliament about conflicts in the Middle East when Siri decides to pipe up, it’s a very different situation indeed. And unfortunately for Gavin Williamson, that’s exactly what happened.