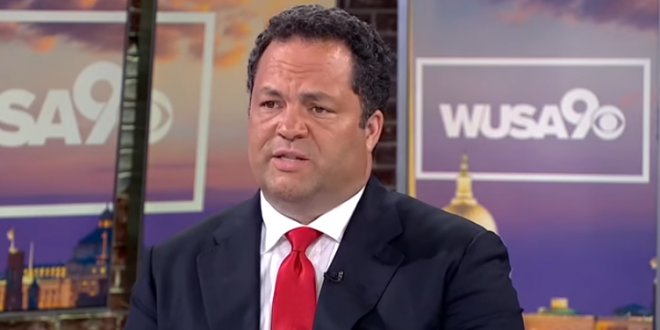 Black Christian Group: Don’t Vote For Ben Jealous, He Thinks Men Having “Raw Naked Sex” Can Be A Marriage

This statement is REALLY something:

The National Black Church Initiative (NBCI) a faith-based coalition of 34,000 churches comprised of 15 denominations and 15.7 million African Americans, is letting all Christians of Maryland know that Ben Jealous does not respect religious liberty and the authority of the Church. We are not speaking politically, we are speaking morally against him. His actions against the Church and his views of marriage is abhorrent to the principles on which we stand for Christ.

When President Obama came out in support of same-sex marriage, the NAACP and Ben Jealous took that opportunity to condemn the Black Church’s stance for Biblical marriage. At the time it made no moral sense to us in the Black Church that the sons and daughters of the Church would oppose the Church for standing up for its right in terms of its authority and principle over Biblical marriage. Ben Jealous and the NAACP said to us that we were bigots, that we were haters and that we did not deserve to even be Black because we opposed two men and two women having raw naked sex together and calling that a marriage.

At the time we condemned President Obama and the NAACP and Ben Jealous for condemning the Church for speaking up for its right to stand up for Biblical marriage. We spoke against Mr. Jealous in our Press Release from May 24th, 2017, for deciding to auction off the soul and the rich history and culture of African Americans for the sake of meeting the payroll of the NAACP.

This means that they pushed African American interests second and promoted the interests of their donors, particularly their gay donors, over and above the agenda of the African American community (and they are still doing it). This is why the Black Church will have nothing to do with Ben Jealous, his politics and his supporters. He is being supported by every national gay and lesbian and LGBTQ organization in the country. 150,000 Black Churches will say ‘No’ to him going forward.

We are not standing in his way to pursue his political aspirations, what we are saying is that he is immoral and does not deserve the support of the Black Church. He cursed the Church and called us haters. The Church has remembered his sins and are saying that the Church will have nothing to do with him in the future until he repents for his sins.