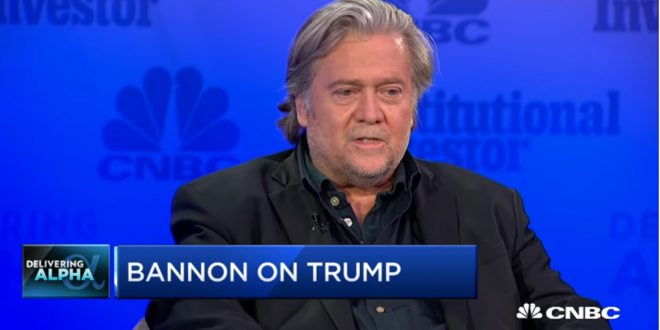 Bannon: The Biggest Threat To Trump Would Be Oprah

Former White House chief strategist Steve Bannon has weighed in on who could be President Donald Trump’s toughest challenger in 2020 – and it’s not Joe Biden, Bernie Sanders, Elizabeth Warren or any of the other scores of Democratic politicians positioning themselves for potential bids. The biggest foe, Bannon says, would be Oprah Winfrey.

Bannon said he remains confident that Trump will be reelected. But he also floated other possible 2020 contenders who do no come from politics, including actor Dwayne Johnson, known as the Rock, and businessman and reality star Mark Cuban.

Oprah and Johnson have both ruled out running.