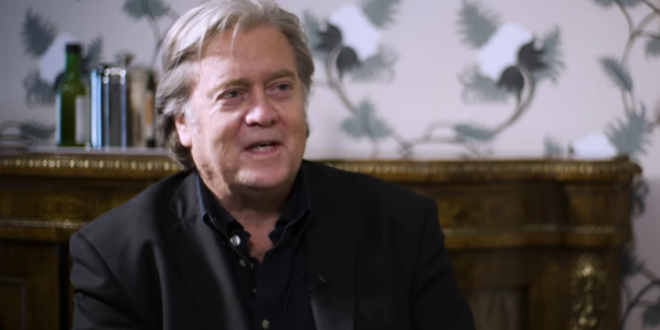 Bannon Appears To Call For Literal “War” Over Brexit

British Prime Minister Theresa May warned her divided party on Sunday that there may be “no Brexit at all” if they wrecked her plan to forge a close relationship with the European Union after leaving the world’s biggest trading bloc. “My message to the country this weekend is simple: we need to keep our eyes on the prize,” May wrote on Facebook. “If we don’t, we risk ending up with no Brexit at all.”

Steve Bannon, Trump’s former adviser, told Nigel Farage on LBC radio Sunday: “You’re going to have to fight to take your country back, every day. Whether it’s Italy, France, England, or the United States. If we quit, they’re going to be in control.” Theo Usherwood, LBC’s political editor, said: “That sounds like a call to arms.” To which Bannon replied, “Absolutely. This is war.” Bannon was also quoted by Britain’s Daily Telegraph as saying that it was now time for Boris Johnson to challenge May for her job.

Bannon repeatedly demanded that supporters of President Donald Trump and Brexit “rise up” against liberals across the globe. Bannon compared political disputes in the U.S. and U.K. to a world war in which right-wing populists must fight against people such as George Soros. Bannon concluded the British radio show by calling political editor Theo Usherwood a “fucking liberal elite.”