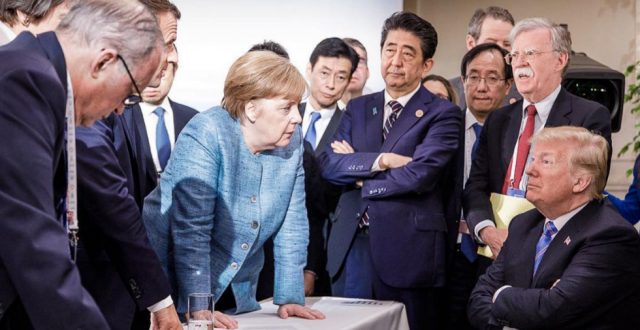 Angela Merkel: Germany Can No Longer Rely On An American Superpower To Maintain World Order

Chancellor Angela Merkel, vowing to stay in office despite challenges at home and abroad, said she would work on Germany’s “under pressure” relationship with the United States but that Washington could no longer be relied on to deliver world order.

In a wide-ranging news conference, Merkel described Germany’s relationship with the United States as “crucial”, even after U.S. President Donald Trump last week accused Berlin of being a “captive” of Russia due to its energy reliance.

“We can’t rely on the superpower of the United States,” Merkel said, describing possible U.S. tariffs on imported cars as “a real threat to the prosperity of many in the world”.