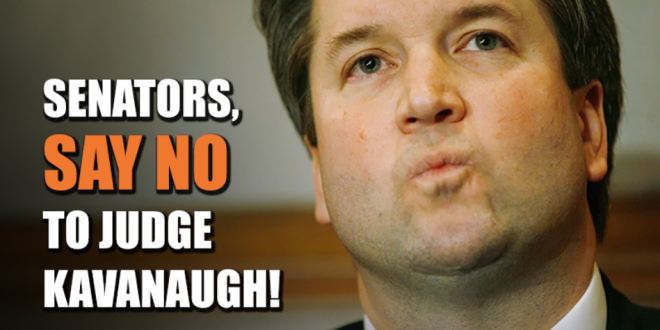 The American Family Association had been advocating for literal handmaiden Amy Coney Barrett. Via press release:

President Donald Trump announced the nomination of Judge Brett Kavanaugh to fill the vacancy of Justice Anthony Kennedy on the U.S. Supreme Court.

Judge Kavanaugh is simply the wrong nominee-even a bad nominee. Based on his written opinions, Judge Kavanaugh has demonstrated a deficiency in a constitutional judicial philosophy of a limited judiciary. Some of his decisions may have been favorable, but several of his opinions about those decisions contain problematic language.

Judge Kavanaugh’s reasoning on religious liberty, Obamacare and issues concerning life have proven to be of major concern. For these reasons and more, urge your senators to firmly oppose the nomination of Brett Kavanaugh as a Justice on the United States Supreme Court.

The AFA’s anti-Kavanaugh petition is here.

AFA and other conservative groups will oppose Judge Kavanaugh’s nomination. His reasoning helped Justice Roberts find a way to turn a “mandate” into a “tax.”