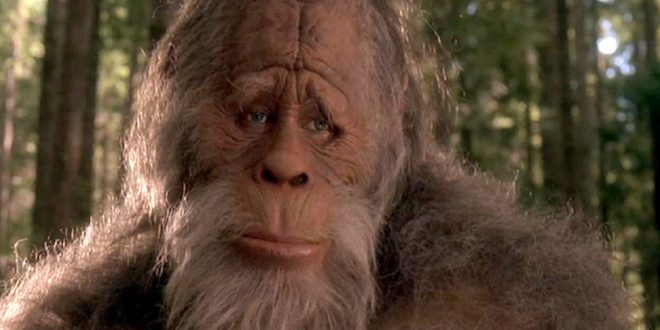 Religious Right radio host Janet Mefferd and former Family Research Council fellow Tim Dailey told American Family Radio listeners that the urban legends surrounding Bigfoot and UFO sightings are not only real but also part of a secret plot the devil is carrying out on Earth.

Dailey said it was telling that “many, many reliable observers” have reported spotting Bigfoot but yet there is a “virtual absence” of tangible proof that would convince the skeptical public that such claims were credible. “It’s real. It’s a projection. It’s a demonic virtual reality, but it’s not nuts-and-bolts, in this case, flesh-and-blood creatures,” Dailey said.

“It’s part of the devil’s modus operandi. He has always used this kind of phenomena to, once again destabilize, to engender fear, to open us up to the possibilities of other realities and other beings and then we begin getting involved with demonic spirits. So yeah, all through history there have been many, many different varieties of beings that are primarily spiritual beings that have terrorized civilizations and peoples and non-Christian cultures are very aware of this,” Dailey said.

American Family Radio was launched in 1991 by the American Family Association and now airs on nearly 200 Christian stations nationwide. Their primary daytime host is loony nutjob Bryan Fischer. Listen about Bigfoot below.

Previous Jeff Sessions Laughs At “Lock Her Up” Chants [VIDEO]
Next Trump: Russia Will Try To Hack Midterms To Favor Dems