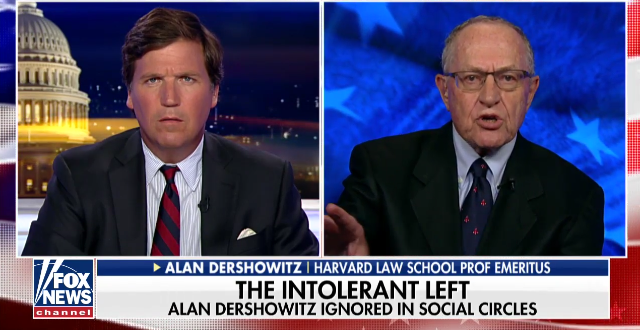 Alan Dershowitz said Thursday night that a woman told him he should be “stabbed through the heart” for speaking out against special counsel Robert Mueller’s probe into Russian meddling in the 2016 presidential election.

“At a party this week on Martha’s Vineyard, a woman said,’ if Dershowitz were here tonight, I’d stab him through the heart,” Dershowitz claimed on Fox News’ “Tucker Carlson Tonight” on Thursday. Dershowitz said in a recent opinion piece for The Hill that liberals on the elite island off the coast of Massachusetts have ostracized him.

Dershowitz’s defense of Trump’s civil liberties has caused some his old friends to “shun” him and ban him from social life, he wrote. “I don’t care about parties, I’m invited to too many,” Dershowitz said on Thursday night.