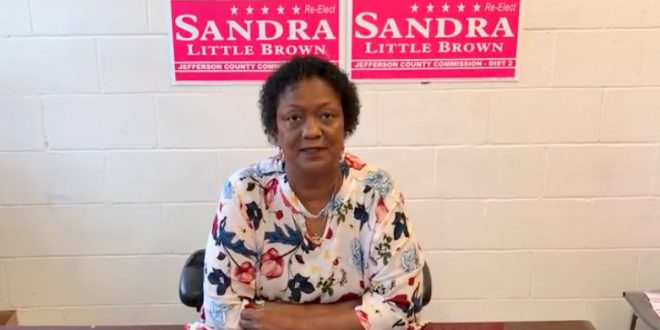 Alabama Candidate: I Have The Endorsement Of Jesus

Sandra Little Brown is in a runoff election tonight in a race for Jefferson County Commissioner in Alabama. And according to her own campaign literature, she has a special endorsement… from Jesus.

In a Facebook video sent to AL.com on Monday, Brown stood by the flyer, which was paid for by her campaign.

“We pray before we go out and we do anything. That is a divine piece of material that went out from this campaign [Saturday],” Brown tells supporters and staff in at her campaign office in the video.

From the Birmingham Herald:

In an interview with AL.com last week, Brown said she believed being a Jefferson County commissioner is part of God’s plan, adding that she is a Sunday school teacher and deaconess at Mt. Zion Baptist Church in Riley. “God has ordained me to this because I couldn’t do it without him,” she said.