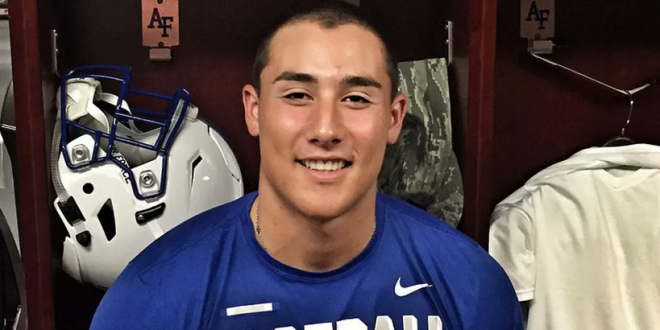 Following a standing ovation from his teammates, Air Force sophomore defensive back Bradley Kim became the first openly-gay athlete at a service academy when he publicly announced his sexual orientation on Friday.

“I almost gave up my dream of playing Division 1 football for fear of not being accepted by everyone,” Kim wrote as part of an impassioned Instagram post, “but today I am happy to say I am a cadet at the Air Force Academy playing the sport I love with amazing people standing behind me and supporting me.

“I did not think this day would ever come, but I’ve finally reached the point where I am comfortable and confident enough with myself to say that I am gay.” Kim quoted the Bible in his coming-out Instagram post, citing Jeremiah 29:11 — which centers on hope for the future.