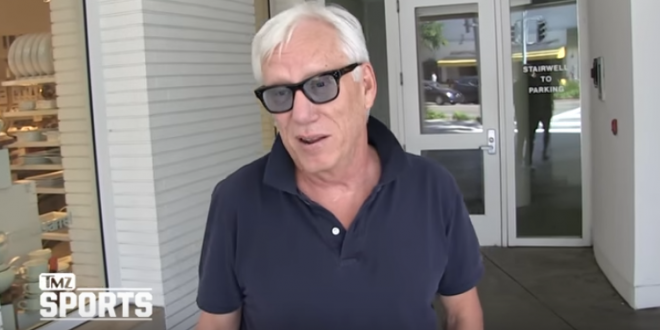 James Woods has been dropped by his talent agent, and received the announcement in an email sent during the Fourth of July holiday. The Oscar-nominated actor shared a screenshot of the email with the subject line “Well…” on his personal Twitter account.

The agent, Ken Kaplan, said that he’d come to the decision to no longer represent the outspoken conservative star because he was “feeling patriotic.” “It’s the 4th of July and I’m feeling patriotic,” Kaplan wrote. “I don’t want to represent you anymore. I mean I can go on a rant but you know what I’d say.”

While Kaplan did not explicitly say in the email that his decision to sever ties was over Woods’ personal politics, it does come after the 71-year-old actor revealed last October that he was retiring because he was “blacklisted” from Hollywood due to his conservative views.

My response: “Dear Ken, I don’t actually. I was thinking if you’re feeling patriotic, you would appreciate free speech and one’s right to think as an individual. Be that as it may, I want to thank you for all your hard work and devotion on my behalf. Be well.” https://t.co/nEe8OMaWb2