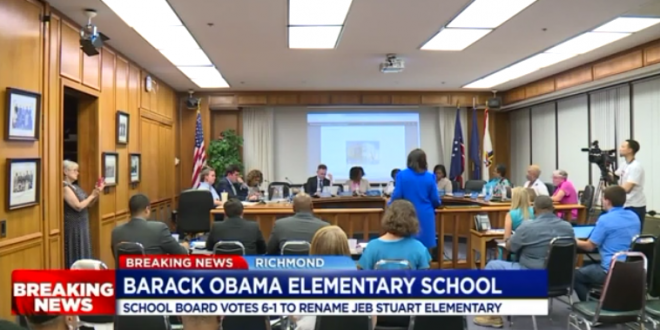 Earlier this year the Richmond School Board voted 8-1 to rename the Northside school that honored the Confederate general. Students, parents, staff, and community members all submitted ideas for the school’s new name.

Previous REPORT: John Kelly Has Given Up On Trying To Rein In Trump’s Wild Behavior Even If It Leads To Impeachment
Next Erik Prince: I “Cooperated” With Mueller’s Investigation