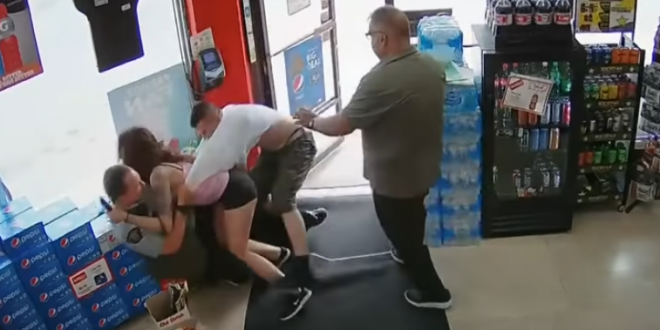 A man and a woman visited the King Street Reddi Mart in Spruce Grove, Alberta, Canada on Monday afternoon, and the convenience store owner eventually called the police on suspicion that the man had been using a stolen credit card. By the time the couple left the store, they had lost a shirt and a shoe, gained a deep understanding of the store’s layout, and earned themselves a smorgasbord of charges. What happened in between can only be understood by watching this magnificently, almost suspiciously well-edited surveillance footage.

Someone has thoughtfully laid over music from Raising Arizona. Watch as the male eventually gets tased after threatening to hurl sunflower seeds at the cop after which his girlfriend decides that a good place to hide would be above the ceiling tiles. You probably already know how that turned out.