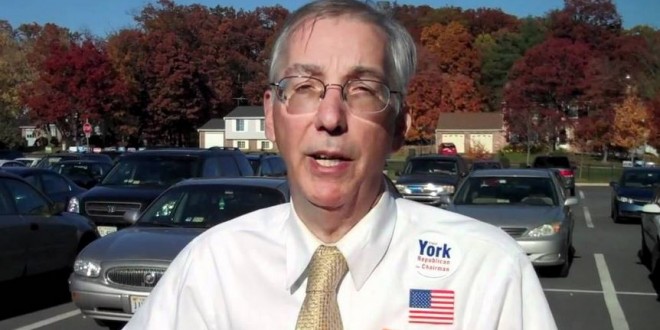 Two Republican Senate nominees sought and received the support of an anti-LGBT group that links homosexuality to pedophilia and defends conversion therapy. North Dakota’s Kevin Cramer and Virginia’s Corey Stewart, who both won the Republican nomination in their respective states on Tuesday, filled out a “Senate Candidate Survey” for the group Public Advocate of the United States.

The survey asks eight questions about a candidate’s positions on LGBT issues, including whether a candidate would “oppose all efforts to make public restrooms and changing-rooms unsafe through so-called ‘Transgender Bathrooms’ legislation and regulations – which have the effect of encouraging and protecting pedophiles.”

The group’s founder and chief executive, Eugene Delgaudio, said in February he believes that former President Barack Obama was a “child molester” and that “adult homosexuals want to recruit and brainwash children.” He is an active promoter of the far-right Pizzagate conspiracy theory.

Delgaudio gave each candidate a 100% rating for saying “yes” to all eight of his demands to end LGBT civil rights.

Corey Stewart has made national headlines in recent days for his ties to extremists and white supremacists.

RELATED: Kevin Cramer first appeared on JMG in early 2017 when he mocked female Democrats for wearing white pantsuits to a Trump speech. Cramer said, “There is a disease associated with the notion that a bunch of women would wear bad-looking white pantsuits in solidarity with Hillary Clinton to celebrate her loss. You cannot get that weird.” Cramer basically opposes civil rights for everybody except white Christian men and is known to quote scripture in his rants against food stamps. In April 2018 Cramer compared voting against Trump to committing adultery.

Previous Canada Considers Sanctions On Trump’s Businesses
Next James Comey Defends Actions In NYT Op-Ed: While I Disagree With IG’s Report, I Respect Its Professionalism