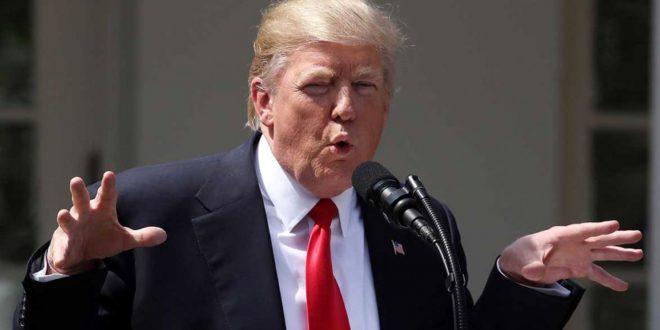 President Trump announced on Friday two women are among the jurists he’s considering appointing to the Supreme Court, adding he will finalize his decision early next month. Trump made the revelation onboard Air Force One while en route to his private New Jersey golf club, noting he will officially name his replacement for outgoing Justice Anthony Kennedy on July 9.

“It’s a great group of intellectual talent,” Trump told reporters of the “about” five people he is actively contemplating naming to the nation’s highest court. The announcement took some by political pundits by surprise, since Kennedy doesn’t officially step down until July 31.

After revealing he’s considering two women, Trump was asked if he plans to question potential nominees about their stance on the landmark Roe v. Wade Supreme Court ruling, which has been credited with legalizing abortion nationwide. “That’s not a question I’ll be asking,” Trump said, adding he believes it’s “inappropriate to discuss.”