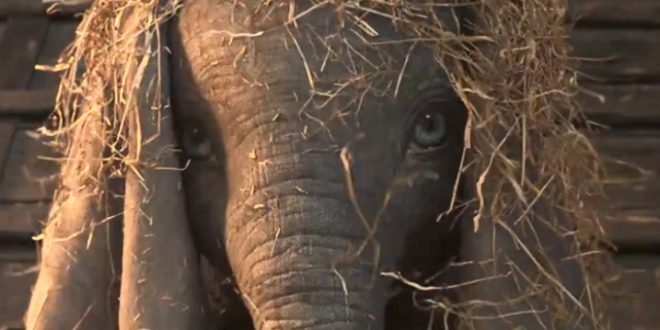 The short teaser introduces a version of the story tinged with sadness, sights of a turn-of-the-20th-century circus juxtaposed with the baby elephant’s rise to stardom. Hints of King Kong and Burton’s own Big Fish give the trailer a slow-melt feel as Norwegian singer-songwriter Aurora performs a chilly version of “Baby Mine.” Dumbo is adorable. The foul stench of human viciousness is not. Tim Burton may have pulled off a wonderful trick by convincing people with money to make this movie. It looks spellbinding.

Circus owner Max Medici (Danny DeVito) enlists former star Holt Farrier (Colin Farrell) and his children Milly (Nico Parker) and Joe (Finley Hobbins) to care for a newborn elephant whose oversized ears make him a laughingstock in an already struggling circus. But when they discover that Dumbo can fly, the circus makes an incredible comeback, attracting persuasive entrepreneur V.A. Vandevere (Michael Keaton), who recruits the peculiar pachyderm for his newest, larger-than-life entertainment venture, Dreamland. Dumbo soars to new heights alongside a charming and spectacular aerial artist, Colette Marchant (Eva Green), until Holt learns that beneath its shiny veneer, Dreamland is full of dark secrets.