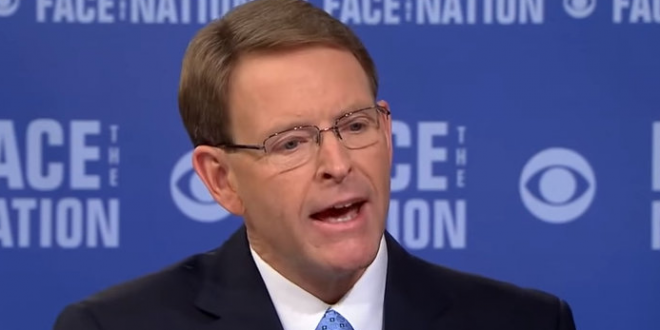 Tony Perkins: Right Wing Turnout In The Midterms Will Be “Turbo-Charged” By The SCOTUS Nominee Battle

On cases involving abortion and issues of sexuality and gender, there stands to be a major sea change with Trump’s next SCOTUS pick. As the first GOP nominee in history to say that he would only appoint pro-life justices to the bench, Trump won over plenty of skeptics by releasing his list of solid and impartial jurists in advance of the election.

For voters who ranked SCOTUS as the number one priority in 2016 (and there were a lot of them), Kennedy’s retirement gives them another major opportunity to help President Trump appoint another Neil Gorsuch-type justice to the Supreme Court.

As liberals increasingly turn to the courts to accomplish what they can’t legislatively, it’s more important than ever to have men and women on the bench who understand and respect the Constitution. And in a fiercely divided Senate like ours, that won’t be easy. Once President Trump makes his nomination known, expect Leader McConnell to begin the process of with the goal of a pre-election confirmation.

However, the opposition party in the Senate, led by Senator Chuck Schumer (D-N.Y.), will work overtime to slow down or stop President Trump, which could throw the confirmation debate into the election. Regardless, the reemergence of the Supreme Court as an issue in the fall’s election cycle should serve to turbo-charge conservative turnout.

On this, he’s not wrong.

Previous Catholic Priests Affirm That All Sexual Acts Outside Of Man-Woman-Jesus Holy Marriage Are “Intrinsically Evil”
Next CHATTER AWAY: Overnight Open Thread