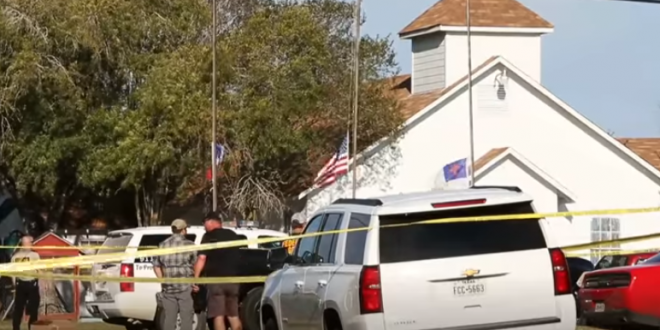 A family that lost nine members killed in the Nov. 5 massacre at a church Sutherland Springs is suing the federal government for “institutional failures and the negligent or wrongful acts” that allowed the gunman to purchase weapons.

Joe and Claryce Holcombe, whose son and eight other families members were among those killed at the First Baptist Church, are each seeking $25 million in damages. The Sutherland Springs death toll was 25, plus an unborn child. It was the deadliest mass shooting at a church in American history.

The Holcombes’ lawsuit filed Thursday in the federal court in San Antonio says the Air Force should have flagged shooter Devin Patrick Kelley’s history of domestic violence. That would have prevented his gun purchases, the suit says.