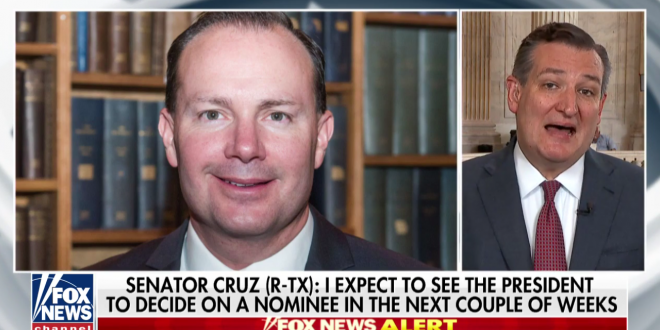 “I think the single best choice President Trump could make to fill this vacancy is Sen. Mike Lee,” Cruz said on Fox News shortly after Kennedy’s announcement. “I think he would be extraordinary.” Lee, who, like Cruz, sits on the Senate Judiciary Committee, told reporters on Wednesday that he would not “say no” if Trump asked him to succeed Kennedy on the bench.

“About half of the nominees that Republican presidents have put on the court have turned into train wrecks, have turned into liberal activists,” Cruz said. “I know beyond a shadow of a doubt that Mike Lee would be faithful to the Constitution and Bill of Rights.”

As I mentioned earlier today, Sen. Mike Lee is the author of a Senate bill that would legalize anti-LGBT business discrimination nationwide.

ICYMI on @FoxNews: “I think the single best choice that President Trump could make to fill this #SCOTUS vacancy is @SenMikeLee” pic.twitter.com/VKhg4IPnSD

I pity the nominee. The left is going to make stuff up and major news outlets will report it as fact.