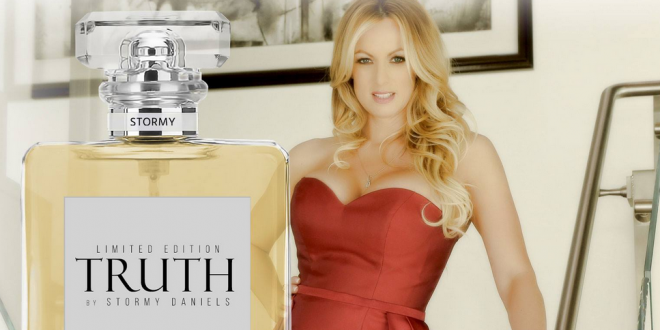 Yup, she’s only gone and launched her own perfume, appropriately named, Truth. You can’t write this stuff. The limited-edition, gender-neutral scent will be exclusively distributed by erotica website It’s the Bomb and is infused with ambiguous ‘sensual pheromones.’