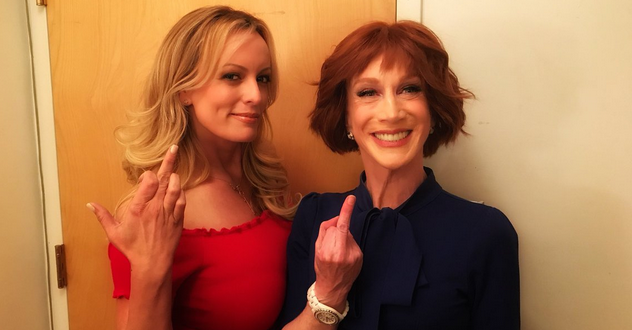 Comedian Kathy Griffin and adult-film actress Stormy Daniels posed together in a photo this week raising a middle finger to President Trump. Daniels later shared the tweet, thanking the comedian. The photo comes just days after Griffin went after first lady Melania Trump over her statement saying she “hates” seeing immigrant families separated at the border. “F— you, Melanie,” Griffin tweeted. “You know damn well your husband can end this immediately…you feckless complicit piece of s—.”

. @StormyDaniels it was an honor to have you at my Boston show tonight. I support you 100%! #FuckTrump pic.twitter.com/MSPQBy18yh