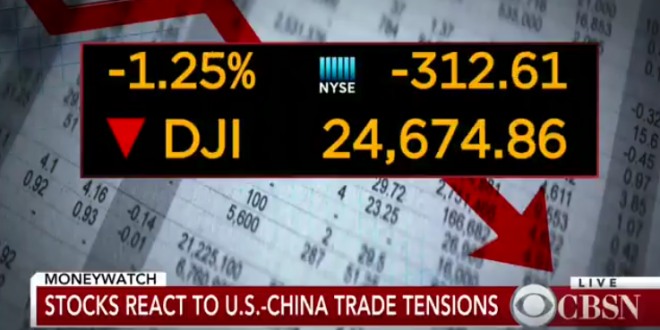 The Dow Jones industrial average fell 324 points at the open, with Boeing and Caterpillar as the worst-performing stocks in the index. The 30-stock index also erased all of its gains for the year.

The stock market is reacting on fears of a full-out trade war with the world’s two great economies, the United States and China: https://t.co/3TQbCEUYEP pic.twitter.com/P4E8Q4iNcw