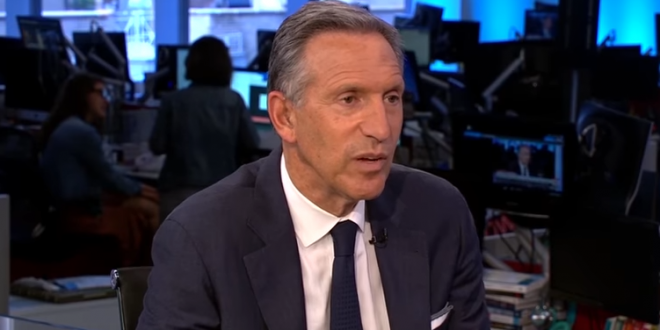 Starbucks Chair To Step Down, May Run For President

Howard Schultz, who built the coffee chain into a global giant, is leaving the company, where he previously served as chief executive. He has been an outspoken leader on civic issues, and this move has reignited speculation that he might plan a run for political office.

Starbucks recently has been embroiled in controversy over the arrest of two customers at its Philadelphia store, leading the company to institute racial bias training across the country for 175,000 workers. Share prices of the company’s stock dropped on the news.

Howard Schultz will step down later this month as executive chairman of Starbucks — and says he may consider running for president https://t.co/8ahVpUswSd pic.twitter.com/bPkyKUB1Br