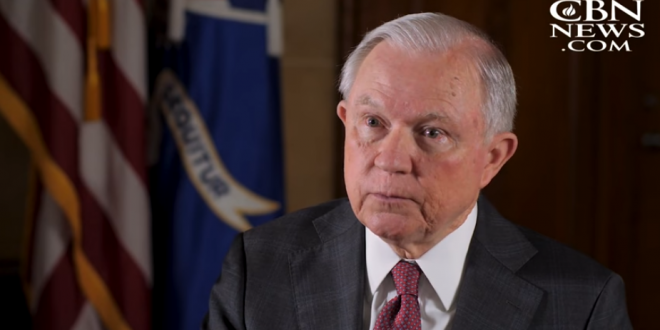 Attorney General Jeff Sessions said on Thursday that the Trump administration “never really intended” to separate migrant children from their parents when he issued its aggressive crackdown on immigration prosecutions.

In an interview with CBN News released Thursday, Sessions said he had not anticipated the massive public backlash from the administration’s “zero tolerance” immigration policy that he announced in April.

“It hasn’t been good and the American people don’t like the idea that we are separating families,” Sessions told CBN’s David Brody. “We never really intended to do that. What we intended to do, was to make sure that adults who bring children into the country are charged with the crime they have committed.”