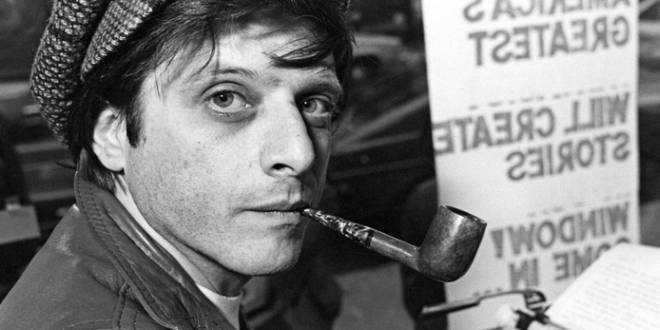 Harlan Ellison, the eccentric science-fiction writer and fantasist whose innovative body of work spanned novels, short stories, comic books and one contentious episode of the original Star Trek, has died. He was 84.

His best-known published works include his 1959 debut novel, Web of the City; the novellas Mefisto in Onyx and A Boy and his Dog — which was turned into a 1975 post-apocalyptic feature starring Don Johnson; and the short story “I Have No Mouth and I Must Scream.”

Television beckoned throughout his long career, and Ellison wrote scripts for incarnations of The Outer Limits decades apart. He lent his expertise to The Twilight Zone revival in the 1980s and to Babylon 5 in the 1990s and even wrote a 1968 episode of The Flying Nun, noting that the only reason he took the job was with the hope of bedding Sally Field.

The prolific but cantankerous author famously penned the “Star Trek” episode “City on the Edge of Forever,” in which Kirk and Spock must go back in time to Depression-era America to put Earth history back on its rightful course, a goal that for Kirk means sacrificing the woman he loves (played by Joan Collins).

The final script was rewritten by “Star Trek” staffers to avoid the anti-war lesson Ellison had intended to impart about the ongoing Vietnam War, leaving Ellison unhappy.

The author was still steaming over his experience more than four decades after the episode originally aired: In 2009 Ellison sued CBS Paramount Television seeking revenue from merchandising and other sources from the episode; a settlement was reached six months later.