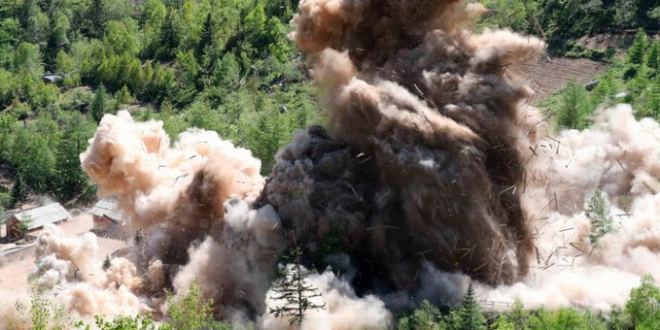 What first appeared to be a gesture indicating North Korea might be willing to dismantle its nuclear weapons program appears to have been little more than a propaganda effort for the world’s cameras. No weapons inspectors or nonproliferation experts were invited to witness the detonation, and now initial assessments indicate that the show was essentially a charade.

“The explosions seem to have been too small” for scientists to have discerned any significant geologic activity such as collapsing tunnels, an international arms control official who follows North Korea closely told CNN.

“The fact that journalists were reportedly only around 500 meters from the explosions is a good indication that these were small blasts. And the amount of dust leads us to believe that they were quite superficial,” the official said. This finding is also underscored by US intelligence.